Previous Next
Let’s Discuss Your ROI…

One of the most common indicators used by business owners to judge their decision making skills is ROI (Return on Investment).  If a solution provides a great return for a relatively small investment of time or money, then is deemed a smart business move with a high ROI.  Likewise, spending time or money with nothing to show for it (low ROI) is a situation we all try to avoid.

I’d like to examine ROI in today’s marketing world but first, let’s take a look at the past to see how we have evolved.

Today, some business owners still maintain that “waiting for the phone to ring” mindset with their marketing and there are times when it might work- but typically it doesn’t.  Why?  Dozens of reasons, but here are some main ones.

If you’re a savvy business person today, you likely have a website, Facebook page, blog, Twitter account, LinkedIn profile, and assuming you have a name, you can be “Googled”.  That’s a lot of potential contact before you ever see or talk to your prospect. 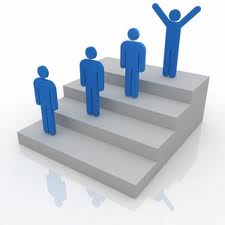 Step One:  Jennifer is a single mom looking to buy insurance, she asks a few friends and gets the names of three agents- Tom, Sandy, and Robert.

Step Two:  Jennifer goes online and looks at the websites of all three agents.  All three sites have a fair amount of “insurance-speak”.

Step Three:  While at the websites, Jennifer sees that Robert has a well written blog with articles on topics that are important to her. She takes a few minutes to read an article or two.  She is impressed.

Step Four:  Before leaving the websites, Jennifer also notices that Robert has links on his website to Facebook,  LinkedIn, and YouTube so she decides to investigate a bit further.  Unfortunately, Tom and Sandy feel that the ROI on blogging and Social Media are too low so they never bothered to pursue them.  Jennifer’s interest in doing business with Tom and Sandy ends here.

Step Five:   LinkedIn reveals that Robert is actually connected to other people in the community that Jennifer knows!  Facebook shows her that Robert has a child roughly the same age as her child, and YouTube has an impressive introductory video where she actually gets to see and hear Robert and watch as a client gives a wonderful testimony for him.

Step Six:  Being very impressed with Robert’s “presentation”, Jennifer picks up the phone and gives him a call.  Robert gets a chance to close the deal.  Tom and Sandy have no idea that they were just out-classed by Robert.

It would be easy for Robert to say that his new business came from a referral, since that’s where it started.  But what really earned Robert the new business?  Dare I say it was the efforts he made perhaps months ago when he wrote the blog posts, recorded the video, and set up his Facebook and LinkedIn accounts?  Clearly, that was the deciding factor for Jennifer.

What was Robert’s ROI on the investment of time and/or money for these online marketing efforts?  Remember-  Robert’s blog, Social Media, and video content can keep working for him for years!  Can it even be calculated?  Will Tom and Sandy ever realize that they are losing business to Robert on a regular basis?

These scenarios play out in every niche and industry today and while it may be difficult to determine the ROI of this wholistic approach to marketing, it is clear that those who embrace it put themselves in a stronger position for success now and for years to come.

Patience, persistence, commitment, time, and finances are required to keep an online marketing campaign like Robert’s running smoothly, but in today’s business world these are the companies that thrive.

You can learn more about building your Social Media profiles from my free Social Media workshop.  It’s a 15-part video series designed to teach you why and how to create a winning online presence.