When you first begin your social media campaign, it’s easy to get hung up on creating the best content possible. But as important as content is, your strategy can’t begin and end there if you want to be successful. How you post is just as important as what you post, so take the time to learn how to properly use various aspects of social media.

Know when to post. All the great content in the world won’t really help you if no one actually sees it. While there are some variations in user habits according to demographics and type of platform, research has shown that there are certain times during which you should post your content in order to get more views.* 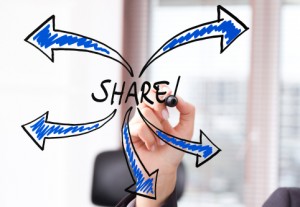 Increase engagement. Creating valuable content and posting it at the right times, in the right places, will get you off to a good start. But in order to really succeed at social media marketing, you need to increase the rate at which your audience actually engages with your posts.

Remember etiquette. You wouldn’t go to a party, display poor manners, and expect to walk away with a lot of new business or personal contacts. The same goes for online interactions via social media. Take the time to learn proper social media etiquette before venturing out there, or you risk turning off your audience before your campaign even gets started.

A note about Pinterest: The average Pinterest visit is over 16 minutes, longer most other social media site. And it isn’t just for bored homemakers! While Pinterest wouldn’t be the ideal social media platform for many businesses, it could be a great choice for those which are visually oriented. Interior decorators, hair stylists, party or wedding planners, home improvement specialists, and other professionals who might benefit from sharing photos of their work could find success on Pinterest.